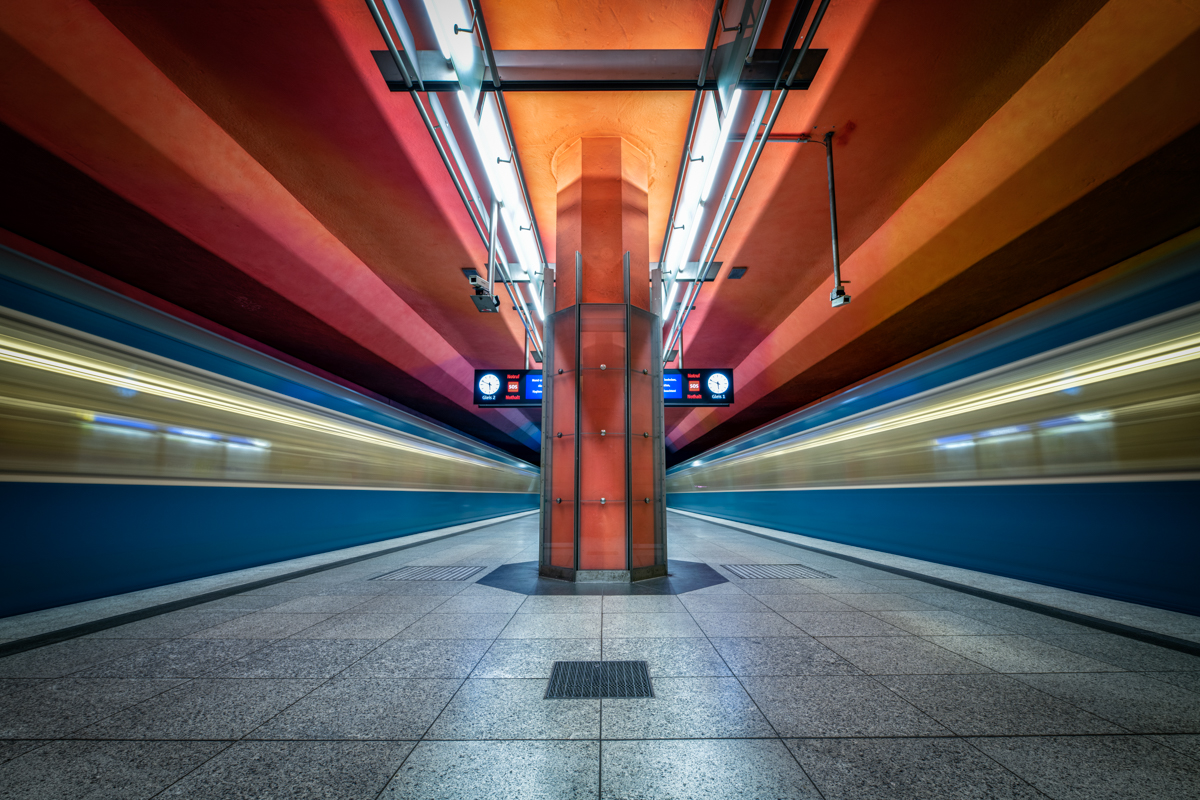 Because of the continuing bad weather, I decided to take another Subway photo.

This time, I visited the subway station „Candidpaltz“.

The station was opened on November 8, 1997. The square above is named after the painter, and sculptor Pieter de Witte called Peter Candid, who worked in Munich and the surrounding area in the 16th century.

The platform area is painted in rainbow colours that merge into one another and dissolve the dominant constructive longitudinal lines.

The extension concept, as well as the design of the colour scheme, were drawn up by Paul Kramer and Sabine Koschier (U-Bahn department), the implementation planning by Egon Konrad, Munich.

Unfortunately, the station is already ageing and the sidewalls show traces of decay. Instead of removing them in Photoshop, I decided to include the passing trains in the picture composition, which hide the signs of age.

Have fun looking at them!