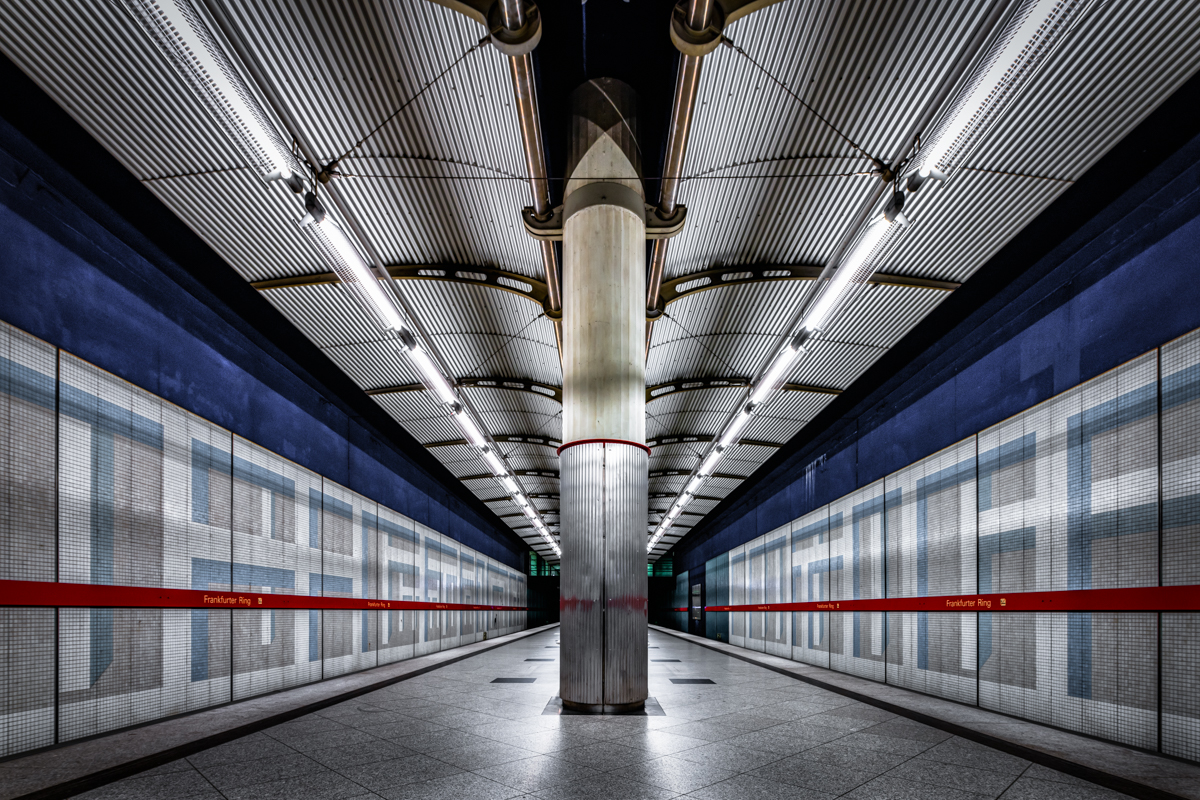 Today’s photo was taken at the subway station Frankfurter Ring. The station is named after the intersecting main road and was opened on November 20, 1993.

The ceiling is made of corrugated anodized aluminium that diffuses light like a bird’s wing.

In the same way, the columns in the middle of the platform are clad with aluminium sheeting in the lower part to protect them from dirt, which also sets a design accent.

The rear track walls were covered by Ricarda Dietz with mosaics of light and blue glass tiles, with animal motifs appearing again and again.

The picture was taken with a 14-24mm lens, and Nikon D850 positioned on a tripod with a shallow shooting angle.

Due to the Corona crisis, the number of people in the area of the Munich subway is lower as usual. Due to this, the cleanliness of the station ist much better and saves me the post-processing.

Therefore I try to finish the series of pictures within the next days.

Have fun looking at the photo.